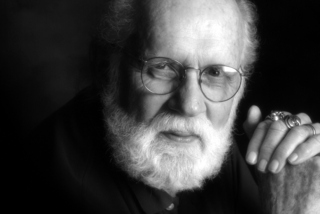 Manbeck taught English and Journalism at Kingsborough Community College in Brooklyn for 32 years. Prior to that, he received a Fulbright Teaching Grant to Helsinki University, Finland, where he taught English Philology for two years.

Before his university teaching, he taught English in New York City secondary schools and worked for the American Broadcasting Company.

He is a graduate of Bucknell and New York universities.

Currently, he lives in Brooklyn and East Stroudsburg, PA.

Author and/or editor of nine books on Brooklyn, New York, its history, culture, and people and contributor to other books, publications and mixed media. Official Brooklyn Borough Historian appointed by Borough President Howard Golden from 1993 until 2002. He has held several city and state appointed positions and serves on advisory and foundation boards. In 1999, he was named a Centennial Historian of the Year. From 1972 until 1999, he was founder/archivist/director of the Kingsborough Historical Society.

His weekly column, "Historically Speaking," appeared in "The Brooklyn Daily Eagle" in print and on line (manbeck@brooklyneagle.net) from 2003 until 2012. It deals with Brooklyn neighborhoods, historical events, individuals and places. His latest book, "Chronicles of Historic Brooklyn," is a collection from those years.

In addition to his writings, he has appeared in television, radio, and podcast documentaries about Brooklyn and has spoken at the Smithsonian Institution about Coney Island. Manbeck has been giving talks on Brooklyn subjects for the New York Council for the Humanities for over 20 years.

He is a member of the Kingsborough Community College Foundation board and former member of the advisory board of the Wyckoff Homestead, and the board of Friends of Thirteen (PBS).

In his spare time, he is working on his new Brooklyn Heights Crime Series novellas, a memoir and a profile of historic Coney Island.

Brooklyn Bank Heist
Fiction: crime mystery
Skeleton in the Attic
"If you're a fan of historical fiction, local Brooklyn history, crime fiction or all three, check out John Manbeck's 'The Skeleton in the Attic' as well as the previous installments"- Brooklyn Daily Eagle
The Disappearance of Patricia Murphey
Death on the Rise
Murder in a Brooklyn Heights men's hotel in 1930.